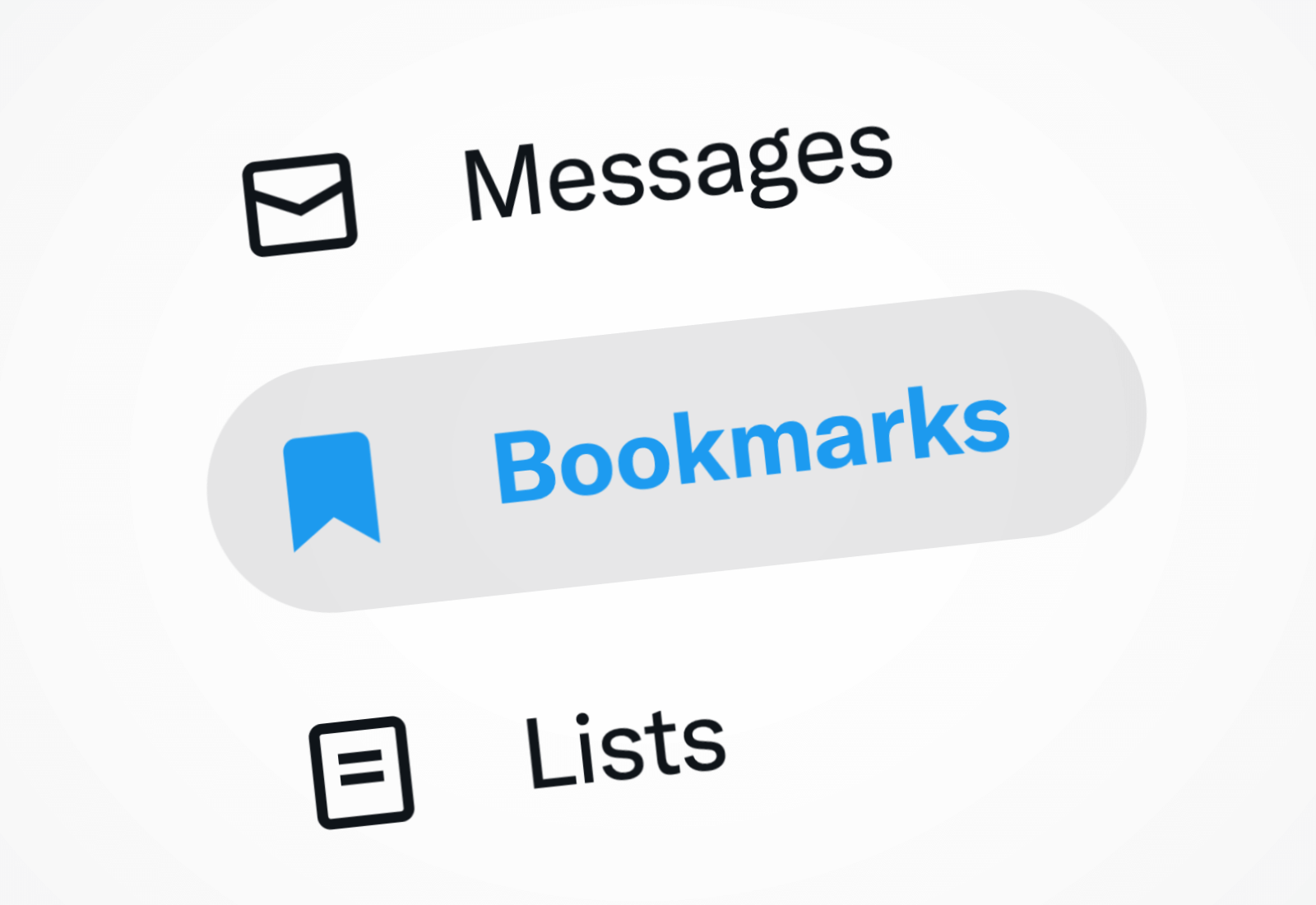 Ever since Elon Musk took charge of Twitter, a lot of things have changed. Many employees “supposedly” left, tweets started showing views, blue ticks became common, and so forth.

All these changes were differently welcoming for everyone. But the thing that remained constant during all that twitter chaos, or popularity, is the Bookmarking.

In fact, we believe that the number of people bookmarking their tweets ‘now’ is more than ever.

In this guide, we’ll show you How to use Twitter Bookmarks. There is one standard traditional way, while the other one is more fun.

There is no rocket science here. Just have to follow the instructions correctly, and you’ll be good to go.

How to Use Twitter Bookmarks: The Web vs. The App

Step 1: Go to Twitter.com and open the tweet you want to Bookmark. 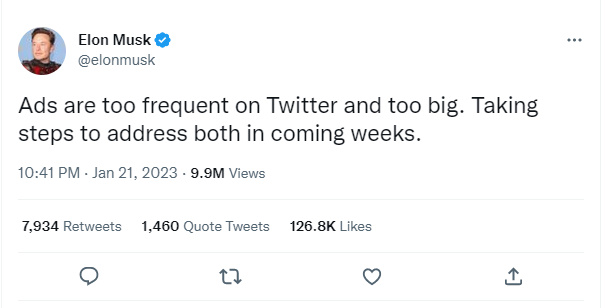 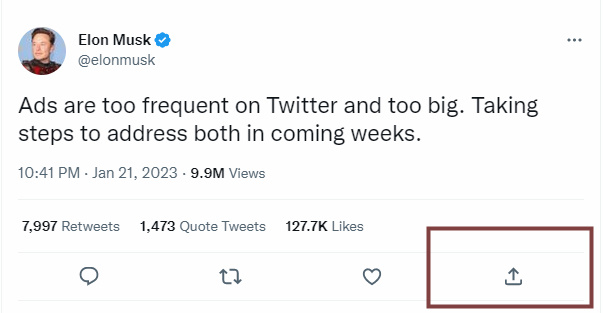 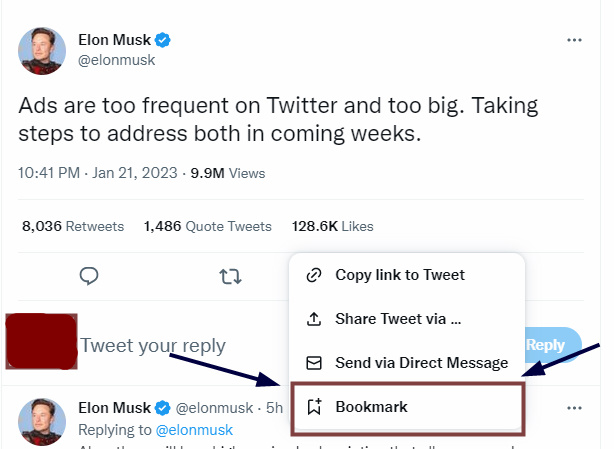 Step 4: Clicking this bookmark icon will save the bookmark for you. You can access this Bookmark via the icon on the left of your screen.

Bookmarking the tweet in the “Twitter App” is almost the same as the web. Only here, you’ll only see a slightly different interface with the same tweet options. Plus, tweet sharing options are the same for both Android and IOS.

Availability across all devices: With a built-in bookmarking system, the tweet you bookmark on one device are accessible on all others.

Control over Bookmarks: The Bookmarks are easy to remove as well. You can either remove the individual bookmark or all the bookmarks at once.

Little to no customization: Twitter offers a range of content, varying all the way from news to motivational thread and dank memes.

And the standard bookmarking doesn’t allow the categorization of tweets. You might lose important tweets among the sea of other standard ones.

So, not able to arrange your tweets is a major drawback for the built-in twitter bookmarks.

Not made for productive people: The standard twitter bookmarks need to cover masses. And we know most people use twitter for fun -just like any social media platform.

Therefore, we recommend other bookmark applications to the best use of twitter bookmarks.

These days, many bots, browser extensions and mobile apps allow bookmarking and customizing your tweets in the easiest way possible.

You can save the whole twitter threads, create tags, folders, lists and what not. Here are some of the great options to use twitter bookmarks in creative ways.

As indicated by the name, MarkFolder allows you to create folders for your bookmarks. And you can save both individual tweets and threads.

Bookmarking Tweets with MarkFolder is as easy as sending as sending in a DM. Plus, you can share all of your bookmarked tweets publicly with anyone.

MarkFolder is best for people looking to keep their tweets organized to perfection. However, MarkFolder is only available for Chrome and Firefox, and not on Safari and Edge.

Those who use Twitter on their iPhone or Android device, TweetCatcher App is a great option to bookmarks twitter.

The app has a catchy yet a straightforward interface. You can bookmark threads, create lists and make folders with the sample functionality as a computer browser.

Other options to Bookmark Tweets for Later use

TweetFlick: An interactive website and Chrome extension that allows users to add personalized notes to your tweets.

Also, the TweetFlick’s cheery interface makes it stand out from the crowd. However, it's only available on Chrome.

Plus, the free version has limited functionality and you have to pay $5 for the Pro version.

Dewey: Dewey is another great way to bookmark your tweets. In addition to adding custom notes and tags, you can import your already saved bookmarks.

Dewey is also free to use. However, you either use their website or the Chrome browser, if you want the extension.

If the twitter’s built in bookmarks seem “too-meh”, but third party tools are “too-much,” count on your existing bookmark manager for saving tweets.

The name of the bookmark can be a reference for the later use of that tweet.

Those who use Superdense as their go-to bookmark manager, you can use it for bookmarking your tweets too.

If you want to use Twitter Bookmarks, essentially there are two ways. The first is to use Twitter’s built-in bookmarking and use the tweets later.

The other option is to rely on third party apps/browser extensions to use twitter bookmarks. You can see the additional benefits for customization and better functionality here.

But if nothing works, you can use a bookmark manager to bookmark tweets.

All the internet hustle culture and self-improvement world narrows down into two ideas. First is the Gary Vee, Tony Robbins,...

How to Organize Notes: 5 Tips to Never Feel Scattered

Everyone, at least once in their lifetime, becomes a note-taking person. It's either to be more organized in work, studies,...

Ever since Elon Musk took charge of Twitter, a lot of things have changed. Many employees “supposedly” left, tweets started...

Effect of Colors on Productivity

Why is Facebook Blue, McDonald's yellow, and Nike Black? Or Why is the Dark Mode for websites and apps becoming...